Listen to ODC on All Business

Engage your internal compass - Operate with interpersonal a uthenticity

Mentoring for Women: A Strategic Matter for Ongoing Organizational Effectiveness 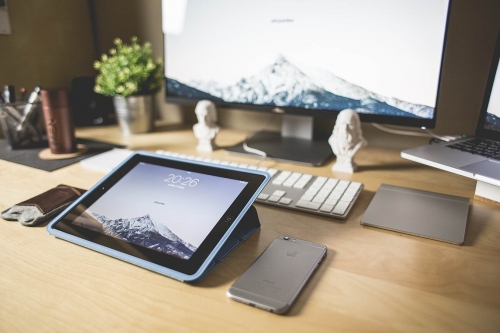 Mentoring for Women: A Strategic Matter for Ongoing Organizational Effectiveness

Published in the January 2016 issue of Biz Times Milwaukee

Some colleagues and I (all women) are exploring starting a mentoring program at our company.  All of us have worked hard to climb the ladder here.  Now that we are starting to look down the road toward retirement, we want to help the women that follow us so that they can have an easier and hopefully even more successful path.  Do you have any suggestions for how we can sell this idea to the top leaders (all of whom are men!) so that this becomes something more than a “book club for the girls?”  We want to build a serious and significant program.  Where do we start?

This is a timely issue and one that I happen to write about in my initial column for Biz Times in 2016.  Perhaps this column can serve to catalyze readers to make a New Year’s resolution along these lines at their organizations!  In this column, I will share some hard facts about women and mentoring and then offer some suggestions for building a build case to use to sell the program to top management.

At the outset, let me note that, unfortunately, the employment state of affairs for many women is cause for concern as 2016 gets started.  Historically, women have reported a more difficult time finding mentors than men.  According to a 2010 World Economic Forum report, 59% of companies surveyed globally reported having mentoring programs; 28% had women-specific programs.

Women are forecasted to account for 51% of the increase in total growth in the US workforce by 2018 according to the US Department of Labor.  According to a 2013 report by McKinsey Research, women claim 53% of entry-level management jobs, but only 37% of mid-manager jobs, and only 26% of VP jobs and up.  The “glass ceiling” is alive and well as women still only make 75% of what men earn for comparable work.  Women, when they do hold senior leadership roles, often are in “soft” assignments such as HR . . . it is tougher for them to land “C-suite” assignments.

The reader specifically talks about a mentoring program for women.  She is spot on in terms of identifying an issue for which most organization’s performance is absolutely awful.  Many, many women simply have never had the chance to work with a mentor.  In 2011, LinkedIn found that 80% of women reported never having had a mentor at work.  A 2000 study by the American Psychological Association (APA) found that younger female psychologists wanted most to emulate women who were both leaders and had family responsibilities . . . but these busy women were the ones with the least amount of time to serve as a mentor!  95% of young women are afraid to askfor a mentor according to the women’s networking organization, Levo League.

There is also the brutal reality that men typically benefit more from more mentoring than do women.  This has to do with the fact that men often gain advantages because of the nature of the mentoring relationships that they establish.  A 2010 study by Catalyst found that mentors benefitted men more than women because men tend to secure mentors in more senior positions.  In 2010, Harvard Business Review suggested that women are “over-mentored” and “under-sponsored.”

So, what are the implications of the studies that I have referenced above.  Well, first of all, the “glass ceiling” still exists in all too many organizations (i.e., women can all go so far before they bump into barriers established by the “good old boy’s club”).  Second, if they want to have the mentoring really give them a career boost, women should “choose wisely” when selecting a mentor (i.e., choose a person who is an “influencer” or “connector”).  Third, and perhaps most importantly, for mentoring to be most effective, senior male leaders must actively support the program!

From where I sit, this issue is a strategic concern, not just a feminist or human resources concern.  Securing and retaining top talent, no matter the specific demographic group, is a key ingredient, perhaps the most critical ingredient, to promote ongoing organizational effectiveness.

What can the reader do to work with her colleagues to craft a mentoring program for women at her company?