Learn more about the expertise of the consultants at Organization Development Consultants in Brookfield, Wisconsin. Click on any consultant's link below or to the right to get details. 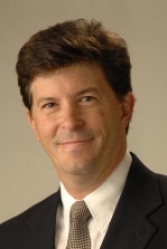 Dr. Schroeder possesses over twenty years of diverse professional experience. Prior to co-founding ODC in 1994, he worked as a Management Consultant, initially for a Chicago based firm and later for one situated in Milwaukee. For each of these groups, he completed a wide range of projects relating to employee selection and placement, training and development, productivity improvement programming, and organizational analysis/development. Prior to this external consulting work, he served as Vocational Consultant with The Traveler's Insurance Company. His career began in the public sector with a position as Chief Vocational Evaluator with Jefferson County (Wisconsin) human services agency.

Dr. Schroeder is active in numerous local and national professional associations in the areas of psychology, management, and training.  An accomplished adult educator, he has been listed in Who's Who Among America's Teachers.  In 2015, he was appointed to the Advisory Board for UW-Whitewater’s School of Education and Professional Studies.  In 2015, he was a Finalist for Dr. John C. Maxwell Leadership Award.  In 2013, he earned the Frank Oberg Award for contributing the "story of the year" to the Minnesota Fire Chief's Association.  Since 2013, he has served on the Licensing Task Force of the Association of State and Provincial Psychology Boards (ASPPB).  In 2011, he was appointed to serve on Wisconsin's Psychology Board, becoming the first I/O psychologist to do so.  In 2014, he was named Chair of that body.  In 2015, he was appointed to a second four-year term. Since 2005, he has served as a Judge for the Wisconsin Better Business Bureau (BBB) Torch Award for Ethical Enterprising.  In 1998, The Business Journal included him on its list of "Forty under Forty," individuals who are "making a difference in their professions and communities."  Since 1995, he has been a Featured Columnist for BizTimes, a business periodical with a circulation throughout southern Wisconsin and on the web.

Dr. Schroeder has earned his terminal (Psychology/Organizational Science) and bachelor’s (Psychology/Professional Business) degrees within the University of Wisconsin System. He earned his master's degree in Industrial/Organizational Psychology at Western Michigan University. He is a licensed psychologist in the State of Wisconsin. He holds board certifications in organizational and business consulting psychology (OBCP) from the American Board of Professional Psychology and in psychology from the American Board of Psychological Specialties.