Dr. Daniel Schroeder Celebrated for Dedication to the Field of Industrial-Organizational (I-O) Psychology 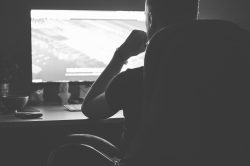 Readers who have paid close attention to my columns during 2016 know that all of them have had to do with issues surrounding women in the workforce. I have made the point that focusing on developing women is not only the right thing to do, it is the smart thing to do; women are going to the largest and best-educated group of entrants to the workforce of the United States in the next few years. In this column, I will talk about a barrier to the development of women that is not often discussed (at least by men); incompetent men sometimes stand in the way or block the way of competent women.

Before I address that issue, though, let me note that I have frequently been asked, over the past few months, why I am writing about the need to develop women? Am I training to gain “brownie points” with the women in my life? No, I am not trying to ingratiate myself to women. I am writing and talking about this issue because I have seen first-hand in both my personal and professional lives, through the years, the challenges confronted by women.

For example, my first boss was my paternal grandmother, who ran the newspaper distribution agency in my hometown. Grandma Schroeder, like many women of her generation, entered the workforce during World War II when the men joined the armed services. Grandma Schroeder, though, stayed in the workforce after the men returned from the war. She worked for over forty years, until she “retired” at the age of 77, and then volunteered in the community (e.g., transporting shut-ins) until she was nearly 90. Grandma Schroeder had to fend for herself; she was widowed as a relatively young woman. She put up with sniping comments about her toughness, the fact that she worked, that she was not following the typical female role, etc. But, she did not worry very much about what people were saying behind her back; she was looking out for herself the best way she knew how. Grandma Schroeder was certainly no “Betty Crocker.” Her speech was peppered with quips and credos, one of my favorites of which is, “Talk is cheap; it takes money to buy whisky!” Ultimately, Grandma Schroeder turned out be one of the most important leadership “heroes” in my life.

So, that is how this man came to be attentive and sensitive to the challenges faced by working women in our society. Now, back to my observation that incompetent men sometimes are a significant barrier to the success and development of women.

A few years ago, Harvard Business Review had an article that explored the impact that typical masculine behaviors or characteristics such as over-confidence, arrogance, and aggressiveness have on gaining a leadership role. These attributes are over-represented in men as compared with women. Historically, the article noted, men have differentially been more successful in seeking and obtaining leadership roles, perhaps as a function of these attributes.

Interestingly, research has demonstrated that hubris is inversely related to leadership effectiveness. In other words, over time, aggressive and arrogant leaders tend to fail. The Center for Creative Leadership (CCL), for example, has documented that 80 percent of “rising star” leaders with whom they have worked through the years, who had turned into “plummeting comets,” shared a common shortcoming, what CCL called “an interpersonal flaw or deficit.” Put simply, leaders who are self-aware and modest tend to be more effective than leaders who are vain and narcissistic. Humility, by the way, tends to be more common among women than men.

It is also interesting to note some emerging demographic trends regarding men in the workforce of the United States. A few years ago, the Chronicle of Higher Education had a cover story titled, “Where the Boys Are . . . not.” The title was a play on the title of the 1960’s beach movie, “Where the Boys Are.” The article explored the fact that men were falling behind women in educational attainment. Indeed, in American colleges and universities, women now outnumber men at both the undergraduate and graduate levels. Yet, men continue to outnumber women among the managerial and leadership ranks, especially in the “C-suite.” Is it not ironic that, increasingly, men who are less educationally prepared are supervising better educationally prepared women?

Perhaps even more disturbing than that trend is the finding, according to the U.S. Department of Labor, that since 2000, the labor force participation rate of young men without a college degree has declined more than any other age or gender group. For the first time since the Great Depression and the World War II era, young men are more likely to be living with their parents than with romantic partners. Left unchecked, these young men will eventually become 30-year olds and 40-year olds who will find it difficult to fit in or find their way in an increasingly sophisticated economy. Who will have to fill that void? Who will have to support these guys? You know the answer; women will have to.

What is my message in this column? My message is this, “If women are truly going to fulfill their full potential, then men have to do the same. For men, this means adopting a deep and rich understanding of what it means to be a man in our American society of the 21st century, driven by an egalitarian and enlightened perspective that recognizes being successful means helping all people, including women, to be successful.”